Seattle PD Audit Unit Before and After the DOJ Settlement Agreement

Ross will speak about the history of the audit function in SPD, the circumstances leading to the Settlement Agreement between SPD and DOJ, and the impact that had on the audit unit.  He will discuss the successes of the program, the remaining challenges it faces as SPD enters the final phase of the settlement agreement, and how having a more robust audit program earlier may have helped avoid issues identified in the DOJ investigation. For any agency seeking to develop an audit function, Ross will discuss what he considers to be the key element necessary for the success of an internal audit program – ingraining audits and inspections into the culture of the agency. 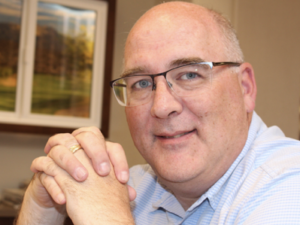 Ross retired in March 2018 from the Seattle Police Department as a Sergeant after 31 years of service.  During the last 9 years of his career, he was assigned to the Audit, Policy and Research Section where his first responsibilities included supervising policy development, audits and inspections, research projects and serving as the Departments CALEA Accreditation Manager.

When SPD entered into a Settlement Agreement with the Department of Justice in 2012, Ross’ duties became focused solely on the audit function.  He drafted a long-term audit plan designed to support Settlement Agreement compliance efforts and made staff and training recommendations to increase the capability of the audit program.

During the last three years, he was assigned as the Acting Lieutenant in command of the Audit, Policy and Research Section.  Ross has attended law enforcement audit training conducted by the Los Angeles Police Department, completed the Law Enforcement Inspections and Auditing Certificate program (LEIAC), and has obtained DOJ certification as PREA auditor.  Other assignments during Ross’ career included the Patrol Bureau, Crime Analysis Unit, Sexual Assault & Child Abuse Unit, and the Training & Education Section. Ross and his wife now consult, work and live in the Tucson area.