Larry will speak about the history of the audit and inspection function in MCSO and the creation of the Bureau of Internal Oversight Division as a result of a Federal Court Order. He will also discuss the growth of the unit and what efforts the unit has made in this area to prove compliance with Court Ordered requirements. Larry will provide examples of the audits and inspections the MCSO conducts and discuss how they carry out many of these duties, to include their reporting mechanism to employees. He will also talk about future inspections that the agency has considered and the value in conducting such inspections. 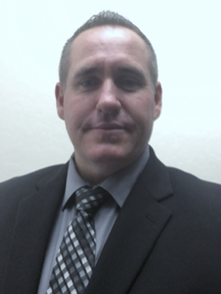 Larry Kratzer has worked for the Maricopa County Sheriff’s Office since 1998. He is currently assigned to the Bureau of Internal Oversight (BIO) as the Audits and Inspections Unit (AIU) commander, where he oversees personnel working in the civilian, detention, and sworn classifications. The unit consists of internal senior auditors, as well as detention and sworn personnel who conduct inspections of policy and Court Ordered related compliance requirements.  During his time in AIU, he has created several inspections for the unit and has worked with executive command staff to determine the annual risk assessment for the MCSO.

Lt. Kratzer was recently assigned to oversee a newly developed unit within the BIO called the Traffic Stop Analysis Unit, which is responsible for reviewing monthly, quarterly, and annual analysis of the agency’s traffic stop data in order to identify any patterns or indicia of racial profiling or bias-based policing practices.

Lt. Kratzer has previously worked in the Professional Standards Bureau (PSB) as the Administrative Section Lieutenant, in which he supervised both sworn and detention personnel conducting misconduct investigations. His prior assignments included deputy commander positions in the Lake Patrol Division and the East Mesa area of responsibility.